The hidden cost of renewables, taking Scotland and the UK as examples 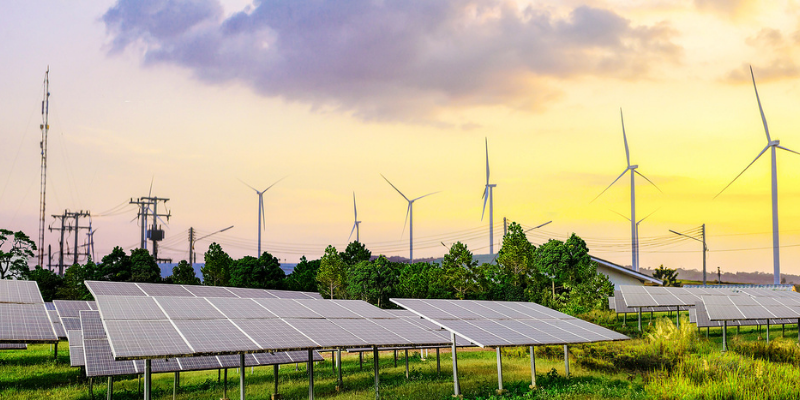 It appears to be increasingly difficult to be heard within our media on electrical power engineering realities as we approach COP26. Renewables’ vested interests now seem to have easy access though, and are routinely quoted verbatim.

In one recent article by a leading Scottish newspaper Ms Lindsay McQuade, chief executive of Scottish Power Renewables was quoted as pointing out that “the equivalent of 97.4% of Scotland’s gross electricity consumption is now from renewable sources”. In the same edition Peter Wishart MP and Chair of the Scottish Affairs Committee at Westminster is quoted as saying “in 2019 over 97% of electricity consumed in Scotland was from renewable energy sources”.

Whilst the former pronouncement seems to deploy careful connotative semantics apparently implying but not actually stating 97% of Scotland’s electricity consumption was from renewables the second is wrong. Both soundbites, if unchallenged, could mislead.

The Renewables Electricity Energy Stats for Scotland Electricity Consumption by Fuel, however, lists the official figures for the past year which show that 97% of Scotland’s electricity consumption actually comprised: wind 44.4%, nuclear 30%, fossil fuel 12% and hydro 10.7%.

Also, while Scottish electricity consumption was 16% lower in2020/21 than the previous year, partly attributable to Covid-19, the generation from renewables in Q1 2021 was actually 24% lower than Q1 2020 which the Scottish Government sanguinely attributes to “milder weather”. Climate scientists now consider this may in fact be an example of “global stilling” which may ultimately be attributable to climate change.

The risks associated with attempting to run the grid on up to 100% renewables predominantly from wind and solar render it progressively unsustainable, as discussed below.

Primary among the resultant increasing problems are risks to voltage and frequency stability. Voltage stability depends on us having sufficient reactive power (wattless megavars) at all localities across the grid (as it does not travel well). Frequency stability is dependent on there being adequate rotational energy (inertia) available from the rotating generators and motors connected to the grid, to ride through disturbances. Historically both are sourced primarily from the same disappearing large nuclear, gas, and coal burning stations.

The UK National Grid spending (and billed to the consumer) on purchasing  wattless power voltage supporting services has grown progressively as renewables increase from an average monthly cost of £8.76m/month in 2018/19 to £13.87m/month in 2020/21 (Apr-Oct) with a monthly peak in March/April 2020 of £24.6m. Periodically too, the UK has run hydro stations not to produce any active power (MW) but wholly to produce wattless megavars to keep the voltage afloat in the north of Scotland.

To partly address this problem, the National Grid has introduced a supply tendering system for reactive power support by creating a market. In reality therefore, increasing renewables has required us to create a whole new, capital intensive parallel industry, partly from start-ups, to keep the grid afloat because, today, our reduced number of fossil and nuclear installations no longer always can.

National Grid’s website observes that following reduction of thermal and nuclear power stations the frequency changes quicker if there is a grid disturbance and “managing this is now an increasing problem as wind and solar do not provide inertia which is progressively reducing”. They propose using existing, ageing, fossil generators driven by power from the grid and running without load and foresee us adding multiple (possibly eight in Scotland) large “synchronous compensators” with flywheels to mitigate these capability reductions which will cost hundreds of millions of pounds.

National Grid now also require generating companies’   Rate of Change of Frequency instrumentation ( RoCoF) throughout almost the entire UK to be modified to cope, costing further tens of millions and they have some considerable way to  go to complete the mandatory exercise.

Exacerbating this, all bar one of our remaining seven nuclear power stations are scheduled to close by 2030, or even sooner according to French owners EDF. Further, the remaining coal plants are earmarked to be closed by mid-decade.

In reality, replacing/increasing much of the present nuclear generation with new nuclear, could avoid much of the above hidden and real cost impacts of the investment in renewables crisis. It would also increase our probability of getting much closer to net zero within the timetable.

The smart money now perhaps has concluded that net zero by 2050 will not be achieved via the renewables/hydrogen route. Venture capital, mainly from Canada and China is buying up much of the world’s “Yellow Cake” (uranium) future production contracts. The world price of uranium increased by around 60% in August/September although it has since eased.

Canadian money has recently acquired enough future uranium to power one sixth of the world’s annual usage and may anticipate a forthcoming supply deficit as assessments indicate there are 46 reactors under construction globally and a further 99 planned, including 37 in China.

Will the UK be found failing in its net zero legal obligation and is this smart money on the right horse?

Contrary to its recent White Paper, the UK Government is reported as having a “change of focus” towards nuclear power with indications that they could be on the verge of approving funding in support of small modular reactors with prospective output ranging from around 220-440 MW, (each Torness reactor is rated 600 MW). Apparently, the designer’s consortium has secured the £210m funding that would release matching funds from the taxpayers. There are several other promising nuclear power technologies in various stages of development elsewhere, such as Thorium and Molten Salt which could potentially reduce waste and cost.

Is the UK bold enough to chase and support the engineering science or only watch from the sidelines?

However, given the UK has had no coordination in energy planning, system modelling or research strategy in place since privatisation in 1990 the challenges are stark for the Future System Operator (FSO), recently proposed to replace the National Grid (ESO) Electricity System Operator.

David B Watson is a Chartered electrical engineer who was in the energy business for 35 years 30 of which within Foster Wheeler Energy Ltd where before retirement he was Manager of Projects of their Glasgow Operations.

Some of our reports are written by guest authors or multiple authors. Further information about these authors is either available at the bottom of the report or is available by contacting us.